Generally referred as Python, it is the python’s mainstream implementation written in C meeting the C89 compiler

• CPython compiles the python programs into intermediate byte-code and then translates this into the native language of your computer and then runs it.

• It is truly a cross-platform language. Programs written once can be run across a variety of platforms, on which CPython is supported, with minimum or no changes.

• All python program files have .py extension and CPython’s byte-code files have a .pyc extension 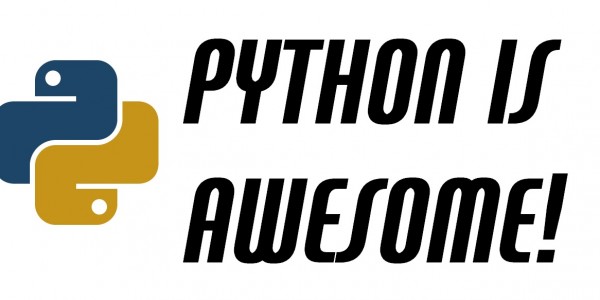 It is a High Level Interpreted Language (HLL) conceived by Guido Van Rossum in late 1980s.

• It has a simple and clean syntax

• It is a multi-paradigm language, in a way it lets user adopt object-oriented and/or structured programming paradigms

• Its key goal is to enhance developer productivity through: modularity, uniformity, simplicity

Python language itself has a small core but much of the functionality is provided through loadable modules. These modules together form a large python standard library. New modules can easily be written in Python and/or C / C++.

• It has thousands of third-party extensions and tools

• Some of its known implementations are: CPython, Jython, IronPython, and pypy. Python is an interpreted, high-level programming language and an object-oriented scripting language. Designed for clarity and simplicity, it’s useful for creating large programs and for gluing pieces of other programs together.

It has got a large standard library and a wealth of third-party extensions, libraries and tools. With several production-quality open-source implementations available, many excellent books, and growing acceptance in both industry and academia, Python can play useful role within a huge variety of software development projects.

This document is an overview of the main characteristic of the language. Programmers who are skilled at such languages as Java, C++ and C will find Python relatively very easy to learn.

Future is built with Bootstrap 3 framework. It is a clean, creative, feature-rich and responsive multipurpose theme that is perfect for creative agencies, creative portfolios, freelancers or for any purpose. Responsive layout of Future WordPress theme adapts to the screen size of different device your visitors are using. Future is retina ready and will look sharp on high resolution displays like the MacBook Pro Retina, iPad or iPhone. This theme is powered with custom menu, custom header, sidebar widget, featured image, theme options, nice typography and built-in pagination features.